Ikaho Onsen is a spa resort in the Gunma mountains north of Tokyo. A long flight of stone steps wind up the center of town and end at a Japanese red-lacquer bridge. These landmarks are beautiful during the day, but they’re magical when lit up at night.

Ikaho’s Stone Steps become a dreamy landscape every night with string lights crisscrossing overhead. It’s an atmospheric place for a date, or to wander around in a yukata after a traditional Japanese dinner at one of the many ryokan hotels. The hot spring fountain at the base of the stairs is also lit up a glowing gold. Japanese izakaya pubs and carnival game shops open in the evening all along the stairs for a bit of entertainment as well.

The steps are lit up in the evening year round. They usually turn on around dusk and stay on until midnight. 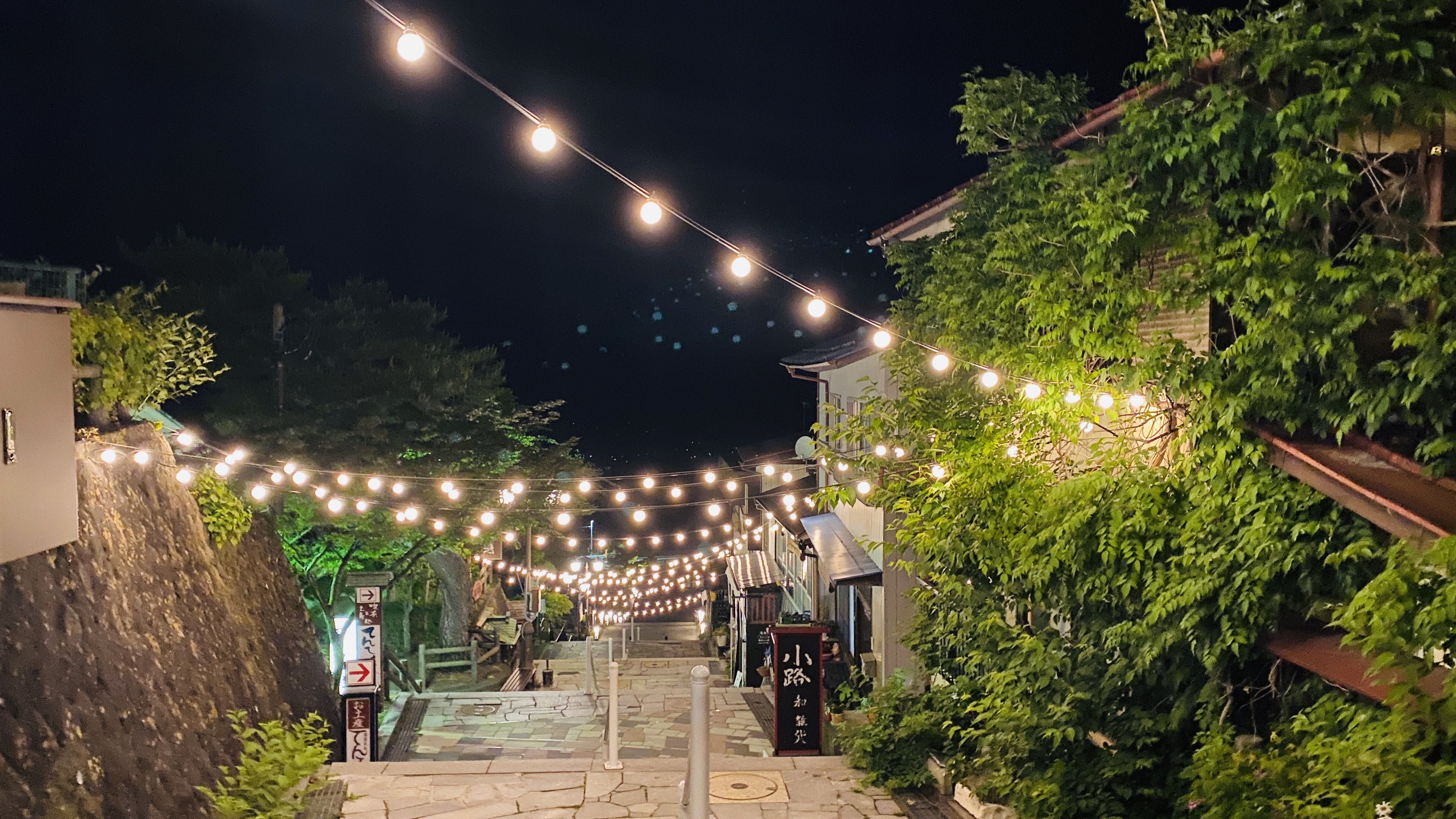 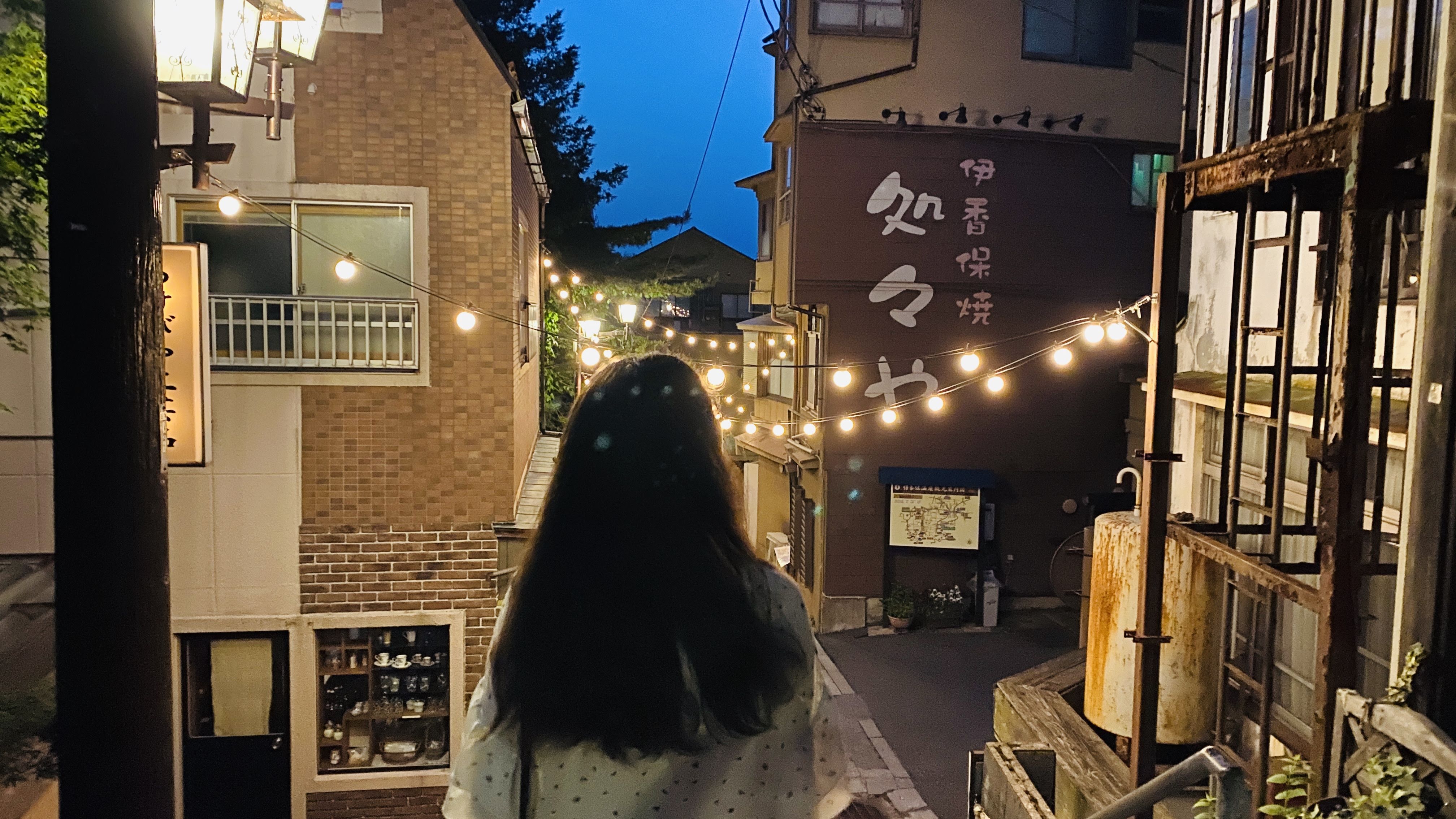 Kajika-bashi Bridge, the traditional Japanese red-lacquer bridge just beyond the top of the steps, is surrounded by large Japanese maple trees that engulf the bridge in leaves. Seasonal illuminations light up the bridge and trees twice a year: once in the spring, when refreshing lime green new leaves are growing in, and once for the red-orange foliage in the fall. It’s a very calming spot, and also a great place for the perfect Instagram shot!

Access to Stone Steps: directly in front of the Ishidangai Guchi bus stop (take the Ikaho Line bus bound for Ikaho Harunaguchi from Shibukawa Station bus stop no.3, about 28 min). 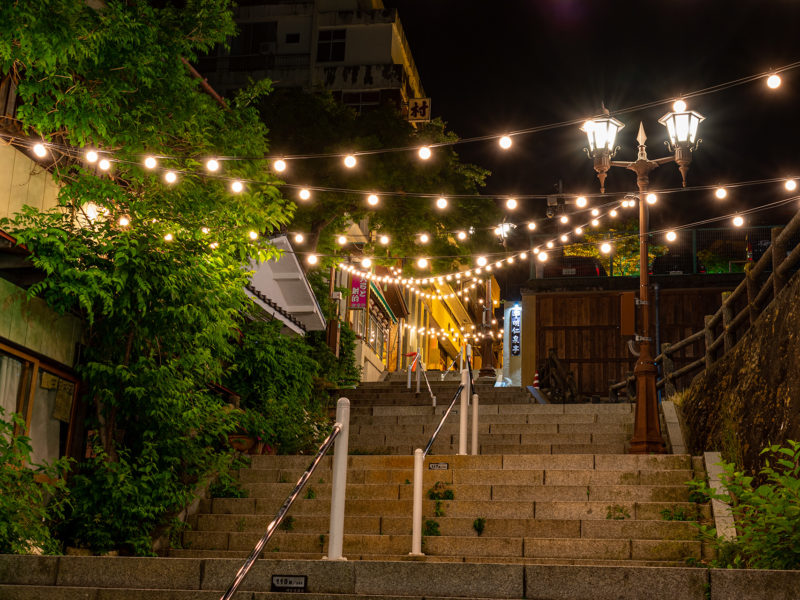